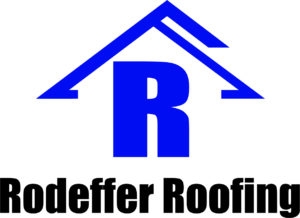 I was most satisfied with the speed at which the work was done and the quality of the work. Both were exceptional.

I felt Rodeffer Roofing was an excellent company to work with and they have excellent quality of work.

I was most satisfied that they took a job that was going to take two days and did it in one. They cleaned up afterward as you didn’t even know they were there. I would like to recognize the owner. He did a great job.
– Brian Peters
The areas I am most satisfied with Rodeffer Roofing INC was the fact that they came when they said they would come and when it was going to take an extra day to complete because of the weather, they were upfront and let me know. I have already told a couple of co-workers about Rodeffer Roofing. One of my co-workers has had them out for a quote already.

My husband and I were totally satisfied with the way they performed the work. They were absolutely wonderful and our roof looks fantastic. I thought Mr. Rodeffer was excellent. Rodney Rodeffer keeps his commitment and does what he says he is going to do.
– Dianaie Carson

I am most satisfied with their timeliness. They started and finished on the same day. I have recommended them to two friends already. The owner was amazing. Part of our job was an insurance claim and he really helped us with that.

They took care of everything! They did my neighbor’s house too! I was most satisfied with the finished product after it was done. They did a super job! Robert, their carpenter, did a super job! He listened and did everything the way I wanted it to be done. Everything was left clean and the job was completed to my satisfaction!

I was most satisfied with the overall quality of the job and the way they left it afterwards. I would like to recognize Mr. Rodeffer for exceptional service. The workers were happy, got along well, and got the job done in a timely manner.

I was most satisfied with everything. From the first time I called he immediately came to see me and then came to install it. I have posted on Facebook about how it went and I also gave a referral to an old classmate from high school. We are definitely passing the word. The roof looks awesome, it really enhances the brick. I would like to recognize Rodney. They do excellent work and have excellent communication. For the product and installation, you can’t find a better product and installation for the price. Everything is top notch. It has been a very god experience and it was very positive. I feel confident that for the rest of our life we wont have to worry about a roof and that is very comforting.

They did a good job and the roof looks beautiful. The company was great. They were very professional and very clean. I did not have any problems with them. They did not lolly-gag around. They got to it and got it done. I am very satisfied with the job and their work.

I was most satisfied that they were very informative and professional. Also with their speed of getting the roof done. The owner did a good job.

They didn’t fall short of any of my expectations. They surpassed them. I was most satisfied with Rodeffer Roofing because of their cleanliness. I didn’t find any scrap metal from tear off to completion in my yard. The owner will bend over backwards to make sure that everything is done right. They are very professional. They were on time and the crew was dressed great. There was no mess from start to finish. They got the work done in two days.

Rodeffer Roofing knew what they were talking about and got the job done. I am very happy with it. Rodney and all the guys should be recognized for their exceptional service.

We had quotes from other competitors. They were not the cheapest or most expensive, but they did it at a reasonable price, did it as scheduled, and cleaned up after themselves. You can’t ask for much more than that!

Rodney, the only person I dealt with, provided exceptional service. He showed up the day I called for a quote. Two hours after I called, he was here. He gave me the quote while he was here and about a week later, I called and asked if he could schedule it for the second week of September. The materials arrived and they showed up on the appointed day. They said it would take a day and a half, but it rained, so it took most of two days to get it done. They cleaned up after themselves.

I was most satisfied with the time that they were there and with how quickly they did it. They stayed with it until it was done, and it was done in two days. I would definitely recommend them. I would like to recognize Ron. He was very professional and did exactly what he said they would do. They did an extremely good job at cleaning everything up. I couldn’t find a single piece of anything left. I am very satisfied with the workmanship and everything they did. They did a great job. All of his workers were pleasant and very professional at what they did.
– Dave Burge

I did price comparisons and I was most satisfied with their price. I was satisfied with their promptness and they did what they said they would do in a timely manner. I would like to recognize our sales person Rodney because he is professional, knowledgeable and informative. They were prompt, efficient and addressed any problems that arose.

They did everything on time, perfect and on budget, everything went so smooth, even smoother than I expected.

– Janice Hossom
They were honest concerning my repairs needed and they gave me a great quote for my new roof. Rodeffer Roofing is the company to go to for a great roof repair. – Dennis Nottingham

Unlike many contracting companies, Rodeffer Roofing does exactly what they say they will do, on time and on budget. There was no high pressure, they just presented their product and price and let us take time to make a decision. Rodeffer Roofing does what they say they will do. They sell a quality product with quality workmanship and are neat and professional.

I was satisfied that they explained everything really well. I would like to recognize Rodney who runs it for his exceptional service.
– Janet Shreve

I was the most satisfied with the fact that they were on time. Any questions that I had they took care of them right away. Any problems that came up, they brought to my attention. Rodney Rodeffer did a really good job. He was on time and he answered all my questions. They did a top notch job. Everything was professional. I am well satisfied. I will recommend them to anybody that needs a roof on their house.

They were the best crew around. I am very satisfied. I would recommended them to anyone. I was most satisfied with the neatness, quickness and response they gave once under contract. The entire crew was exceptional. Mr. Rodeffer, Bob, Troy and the other guy were all exceptional. They were all professional and it only took them two days to put a roof on this entire house. They were very professional workers. They did a good job of cleaning up. While they were doing it one person was on the roof and one was on the ground cleaning up.

I was most satisfied that they did a very fast, good job. They had about a dozen people on the crew and completed it in a short period of time. The owner was my main contact and he was great to work with. They were incredible, professional, fast, courteous and good to do business with.

I was most satisfied with their time on the job and the application. The whole crew did a very good job. We were very pleased with the work and the job.

They actually got here a little sooner than they were supposed to. I was most satisfied with how fast they got back to me when I first contacted them. Also how quickly they got the job done. They had really good team work and cleaned up very well. They made sure there were no nails left behind and they didn’t leave a mess at all. I would like to recognize all the staff, they were all great. They were very trustworthy and I felt very comfortable while leaving them at my house while I was gone. I have pets and they assisted with my pets also, it was just wonderful. It was very reasonably priced and I would recommend them to anyone. It was a great experience.

I was most satisfied with the quality and efficiency of work, as well as Mr. Rodeffer who runs the company, was very efficient with us.

They did a really nice job! Rodney was great!

I was most satisfied with how quick the job was done.

I was most satisfied with how quickly they did the job because they had it completed in a day and a half. Rodney Rodeffer and his team did an excellent job.

They did not fall short at all. They were prompt, came out and did the job when they said they would, held true to their quote, and provided an overall great experience. The foreman did a great job. I was happy with everything they did! I originally had a different roofer come out and do a poor installation job, but I watched Rodeffer do their work and they did an excellent job.

Learn more during your in-home or virtual consultation.

Reviews From Our Happy Customers

You Too Will Enjoy Exceptional Service

“ They were prompt, worked through inclement weather, and overall did a fantastic job. Their clean up looked like they hadn't even been there. I highly recommend. ”

“ Got job done fast and it looks great! Thanks! Would recommend to anyone looking for a roofing installer. ”

“ These guys worked from seven in the morning to nine at night to finish my house, garage, and shed in one day! Cleaned up perfectly! Looks great. I am impressed! ”

“ Great company to work with. So happy with my roof and gutters! Thanks! ”

“ Excellent job! Very professional and great to work with. Very pleased with the results. Arrived and did the roof start to finish in the same day. ”

Warning: Invalid argument supplied for foreach() in /home/customer/www/rodefferroofing.com/public_html/wp-content/themes/owens-corning/template-parts/section-gallery.php on line 54

Enjoy worry-free protection with your investment in a new Owens Corning roof from Rodeffer Roofing.